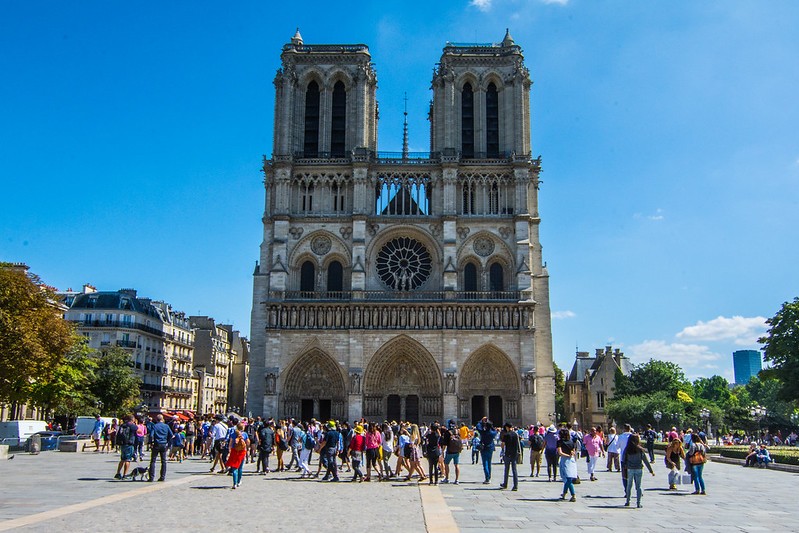 Discover the heritage and secrets of history of capital city of France with our selection of guided tours in Paris offered by guide-lecturers from the Ministry of Tourism and Culture.

A village within the city where art embraces the soul of the visitor : Montmartre.

With his Sacred Heart, his Wall of I love you, his painters, its vineyards and traditional mills that have survived the centuries, Montmartre is the most famous hill in the world and the highest point in Paris.

Visit the Basilica of the Sacred Heart, a political and cultural church built in 1870.

Follow your tourist guide to discover the origins of Montmartre, when 19th century artists lived their bohemian life and their nights at the Moulin Rouge.

Discover many surprises in Montmartre, let yourself be guided!

Book your private tour in Montmartre with the Guides of France

The Palace of Versailles

After suffering an assassination attempt in the Louvre Palace when he was still a child, Louis XIV decides to build the Palace of Versailles to control his entire court in one place and prove to them all that he is the only legitimate king : the sun King.

Follow your private guide to discover the gems of the Palace of Versailles, learn how the king and the court live together at the castle and how the royal days and festivals are rhythm.

All of Paris from the Eiffel Tower

Symbol of Paris, however, the Eiffel Tower was not built for the long term. Faktisk, it was planned to be dismantled once the 1900 World’s Fair ended.

Take the elevator and climb to the top of the Eiffel Tower with your private guide. Your guide tells you about the history of the monument and how it has survived the centuries.

From the top of the tower, all of Paris is at your feet. Your guide shows you around Paris and tells you the story of the city’s development through history.

The Arc de Triomphe and the Champs Elysées

Visit the Arc de Triomphe and climb to its roof with your private tour guide. From the top of the arc, from the center of Place e L’Etoile, the Champs Elysées stretch out in front of you.

After the full visit of the Arc de Triomphe built under Napoleon I to glorify his army, your guide invites you to follow him along the Champs Elysées.

In Greek mythology, Champs Elysées means “city ​​of the virtuous dead”. Created in the 17th century by Catherine de Médicis, the avenue is now the fourth most expensive in the world and retains many palaces and luxury boutiques.

Notre-Dame and the Latin District

Your private guide invites you to come and discover the Notre-Dame de Paris Cathedral, completely renovated after the terrible fire of 2019. Its construction began in 1163 and lasted more than 2 centuries.

Ella played a big role in the history of France from the arrival of the Holy Crown of Christ in 1239 until the coronation of Napoleon I in 1804.

Continue the visit by exploring Île de la Cité, visit the 13th century Sainte-Chapelle and end your journey in the heart of the Latin Quarter.

Former royal residence located in the center of Paris, the Louvre Museum is today the largest museum of art and antiques in the world

Follow your guide-lecturer in the most beautiful rooms of the museum. Do not miss the famous Mona Lisa and Saint John the Baptist who were among the first paintings purchased by King François 1st.

Continue the visit in the Grande Galerie where the greatest schools of European painting are exhibited.

The Louvre Museum has 1000 rooms. Your guide will suggest that you continue the visit towards the themes that most attract your curiosity.

Your private tourist guide invites you for a stroll in the heart of the Marais district, historic district of Paris.

The Marais is an old swamp area. In the middle Ages, the district is occupied by a population of craftsmen and workers. From the 19th century, other communities came to settle there such as the Ashkenazi Jews and then the Chinese after the First World War.

Place des Vosges, unmissable site in the heart of the Marais, has been listed as a historical monument since the 1960s.

The Père-Lachaise cemetery is the largest cemetery in Parisintra walls and one of the most famous in the world.

Classified as a natural site and as a historical monument, it counts among the most surprising tombs those of some great artists like Oscar Wilde, Frédéric Chopin or Jim Morrison.

Follow your private guide for an unusual pilgrimage in a 44 hectare lush green setting during which the deceased tell their stories.

A day in Paris with your private guide

Your private guide-lecturer invites you to meet him wherever you want in Paris to help you discover the city using public transport.

Thanks to your guide, using metro and bus, you will explore all the sites and monuments of Paris that you want.

For example, you can ask your guide to take you to visit the Louvre, then Montmartre, then the Eiffel Tower.

More guided tours in Paris and its surroundings :